The Cork branch of the ISRS was saddened to hear of the recent passing of former international referee and much respected branch chairman, Billy O’Neill, writes Finbarr Buckley.

The Dubliner, who was a founder member of the ISRS Society and the Council’s first secretary, moved to Cork in 1970 due to his association with the AXA Insurance Company. After being elected chairman of the local branch, he brought the curtain down on his prestigious senior career by refereeing the 1973 FAI Cup Final first match and replay between winners Cork Hibernians and Shelbourne at Flower Lodge.

He continued to officiate at local level, taking charge of many of the attractive blue ribbon matches like the AOH Cup Final before lending his considerable experience to referees not only in Cork but in the greater Munster area in his role as FAI Referee Inspector.

In a lengthy career, he had the distinction of being involved in a number of ‘firsts’. He was part of the first trio to referee an international outside of Ireland in 1959. He went onto to become the first Irishman to officiate at the famous old Wembley stadium as well as taking charge of a Cup Winners’ Cup and European Cup semi-final. Among his achievements as national Council secretary was the abolition of the process of importing English officials to referee the FAI Cup Final.

Among his many wishes was that a Leesider might someday go on to referee at World Cup level and how fitting it was that he would live to see Eddie Foley achieve the honour of taking part in the World Cup Finals in France in 1998.

A good and dear friend of many of Cork’s well known retired referees like Pat Kelly, Willie Long, Jim McGrath and Denis Morley to name a few, condolences are extended to his wife Ank, daughter Mieke and sons Stephen, Paul and Philip.
Ar Dheis Dé go raibh a anam.

In the photo taken before a Cup final in the Aviva, All past or present members. 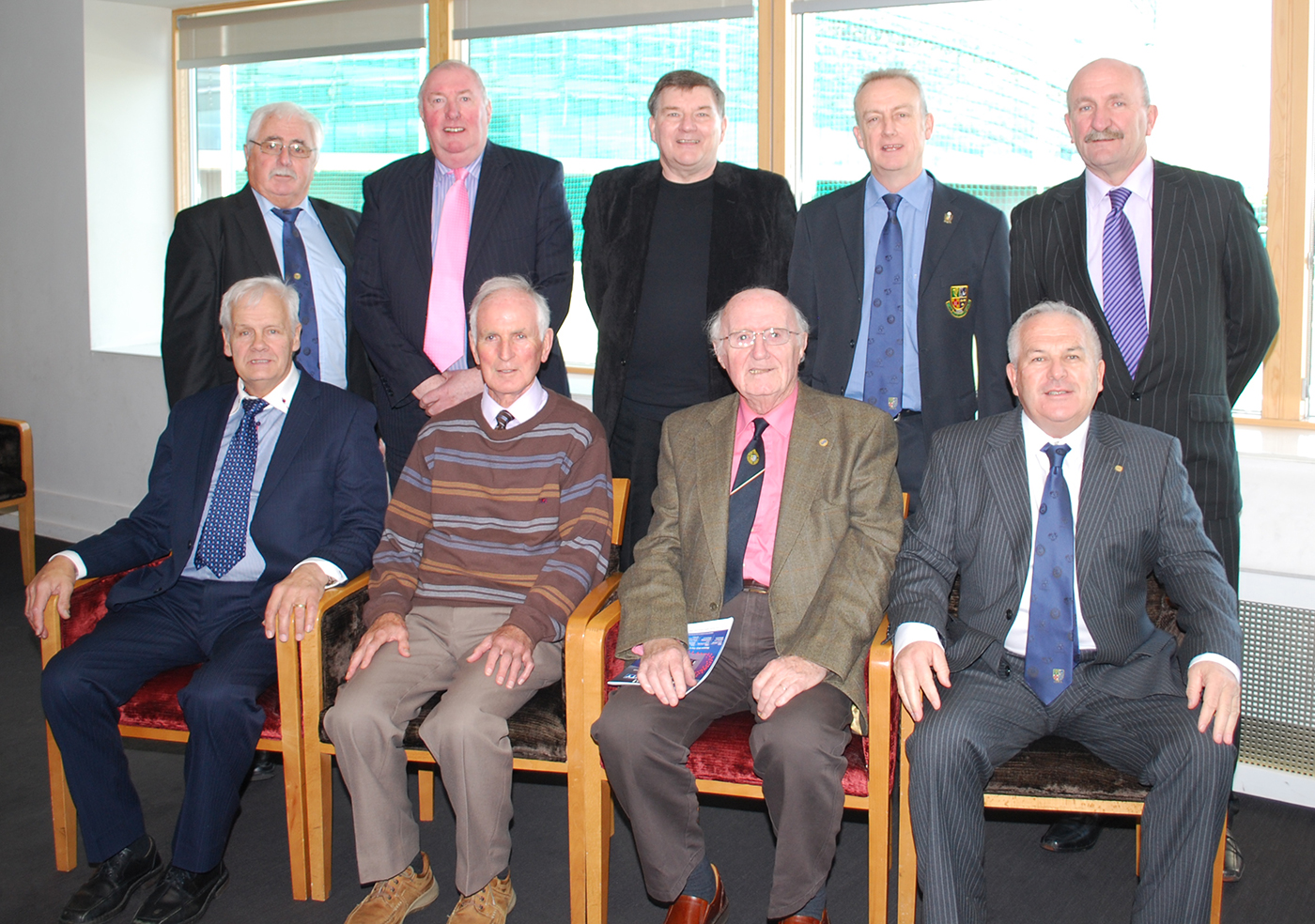 All Branch meetings are cancelled until further notice.

Apologies to John Sweeney by 6pm on the night of the meeting. johnsweeney250@msn.com

This website uses cookies to improve your experience while you navigate through the website. Out of these, the cookies that are categorized as necessary are stored on your browser as they are essential for the working of basic functionalities of the website. We also use third-party cookies that help us analyze and understand how you use this website. These cookies will be stored in your browser only with your consent. You also have the option to opt-out of these cookies. But opting out of some of these cookies may affect your browsing experience.
Necessary Always Enabled

Any cookies that may not be particularly necessary for the website to function and is used specifically to collect user personal data via analytics, ads, other embedded contents are termed as non-necessary cookies. It is mandatory to procure user consent prior to running these cookies on your website.