Alan Kelly doing the Cork Branch proud.
Alan is VAR for the Under 20 World Cup Final in Poland on Saturday between Ukraine and South Korea.

Ismail Elfath has been assigned as the referee for the FIFA U-20 World Cup Final between Ukraine and Korea Republic on Saturday, June 15 (12PM ET).

He will be assisted by Kyle Atkins and Corey Parker with Alan Kelly serving as the VAR. 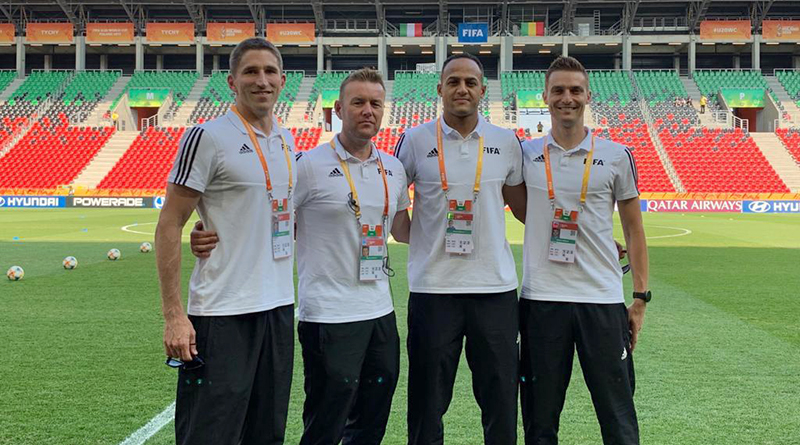 “This is a truly magnificent achievement and reflects on the professionalism and dedication of these officials,” said PRO General Manager Howard Webb. “To be assigned to a major FIFA tournament final is a significant achievement.

“The field of match officials at the 2019 U20 World Cup was strong, with representatives from some of the foremost leagues and federations in the world. The assignment of Ismail and his team yet again demonstrates how highly US officials are regarded at international level.”