You are here: Home / Featured / An Evening with Nigel Owens

“An Evening with Nigel Owens” was held on Thursday the 29th November 2018 in Silversprings.

Nigel talked about his life as the world’s leading referees (an incredible story both on and off the field- from his Stand up Comedy gigs to Steroid Addiction to his Sexuality to Bulimia and his attempted Suicide) and then did a Q&A in second half.

This is the 9th gig organiser John Linehan has done with Nigel and John can honestly say he is the most incredible and humblest human being he have ever met with the most amazing story of triumph in the face of adversity. You will be drawn in by the amazing stories of this incredible bloke, who speaks candidly and openly about life on and off the Rugby Pitch with best to balance humour and sincerity you are ever likely to hear.

This was a 100% Fundraising Event and all funds will go to Glanmire Basketball Club for further their kids academy and to ruthsrecovery.ie,  in aid of Ruth a former Member of the Club as she recovers from serious illness. 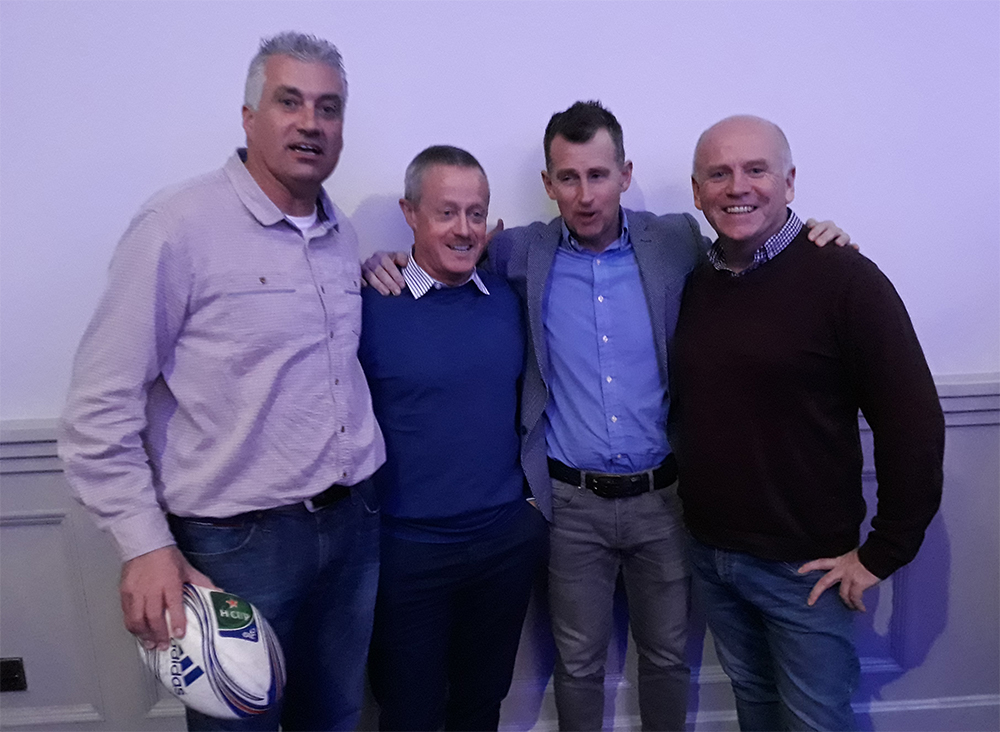