You are here: Home / News / English Premier League to trial VAR this season

The Premier League will trial VAR at 15 matches this season – starting after the international break, Sky Sports News understands. 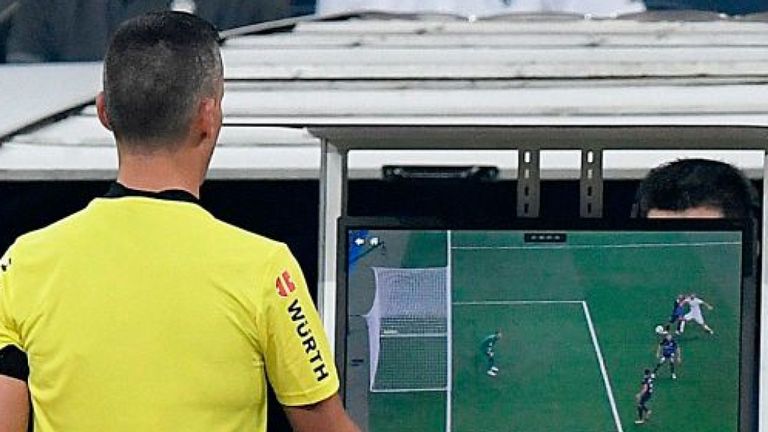 The Professional Game Match Officials Limited (PGMOL) aim to prove the system is fit for purpose before presenting its findings to Premier League shareholders next year, with the aim of fully introducing it from next season.

The first trial will take place for five 3pm kick-offs on September 15 to see if the VAR hub at Stockley Park, near Heathrow, can cope with decisions arising from multiple matches.

The ‘as-live’ match scenario will be replicated in the VAR hub but there will be no contact between the team at Stockley Park and the officials on the pitch.

Referees have been encouraged by the use of the technology at recent EFL Cup games. VAR is also due to be tested during selected FA Cup ties this season.

Sky sources understand the Premier League are confident their decision to delay the introduction of the system until officials grew more familiar with it, has been vindicated.

They have mild concerns that VAR may have lost some support among fans after its use in the controversial award of the penalty which led to France’s second goal against Croatia in this summer’s World Cup final.