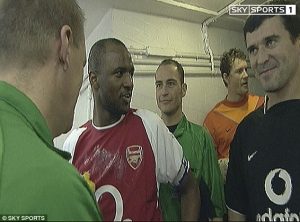 You will have seen the kick offs at the 2016 Euros, with players playing the ball backwards, this is one of the changes to the Laws of the Game for the 2016/17 season. Sending players off for pre-match offences such as violent conduct. Permitting the ball to go in any direction at kick-off. Allowing more players to be treated on the field. Stopping teams benefiting from players being punished on the double..

These are just a few of the improvements contained in the overhauled laws of the game, following a meeting in March this year by the IFAB, International FA Board in Cardiff, football’s rule-makers in an attempt to remove inconsistencies and make the laws more user friendly for Players and Referees and to modernise the laws in line with 21st Century football.

Such is the depth of the review that of the 17 Laws of the Game, only one, Law 2, “The Ball” remains unchanged, some Laws are only amended to keep in line with the higher echelons of football, with pitch logos, advertising boards and even the logos on corners flags being officially specified as to what is and is not permitted.

The LOTG have baffled fans and players for many years and we all disputed a Referees decision at some stage, some of us on many occasions, but how many actually know that if you throw the ball directly into the goal, the decision is a Goal Kick or Corner Kick if you throw it into your own goal. Many will remember the Birmingham derby of 2002 when from Olof Mellberg’s throw-in, Villa keeper, Peter Enckelman missed his kick. Referee David Elleray decided he got the slightest of touches with the base of his boot and gave the goal, disputed to this day across the City of Birmingham, it could well have been a goal kick, but in the opinion of the Referee it was a touch and a goal.

The new amendments that are really interesting are as follows:

A Player can now be sent off before kickoff, but cannot be cautioned. This would happen for Violent Conduct, Roy Keane and Patrick Viera in the tunnel immediately springs to mind. Now Graham Poll could have Red Carded both before entering the pitch. If the Player sent off before hand is in the starting 11 he can be replaced by a Sub, but no extra sub can be added to the match card. This can happen anytime after the Referee enters the pitch for pre match inspection.

A Referee can now allow a player injured in a tackle that warranted a Red or Yellow Card to be “quickly” assessed and treated on the pitch before restarting play and allow that player to remain on the pitch. This prevents a team from being punished ie if your free kick taker is injured and has to leave the field whilst you have a free kick in a very good position, that was seen as a punishment for being injured and needing treatment, imagine Ronaldo needing treatment before a Real penalty and having to step off the field of play.

An important one for Grassroots football, Competitions are now allowed officially to have breaks for “medical” reasons, ie drinks in hot conditions.

At kick off the ball can be played in any direction, not just forward as heretofore and the ball must “clearly move” at all kicked restarts of play before it is in play.

One interesting decision I found was now a Referee is not allowed to “manufacture the outcome of a dropped ball”. As this only occurs when restarting after an injury etc, I assume common sense shall apply here.

For Kicks from the penalty mark to decide a game (penos to us) now the Referee will toss the coin twice, first call is to decide which goal will be used and the second to decide who goes first or second, although the Referee shall have discretion on the first on which goal to use considering the safety and weather if applicable. Another interesting one here, if a player leaves the field of play and does not return in time to take their penalty, then the kick is forfeited or considered missed, kicks shall not be delayed to await the return.

As if off side was not hard enough, now a player who commits an offside offence will be punished from where the offence took place, even if that is in his own half of the pitch. Therefore if a player comes from an offside position back over the halfway line, gains an advantage and plays the ball, he is offside, the free kick will be taken in his own half of the pitch, heretofore unheard of.

Now the most interesting and possibly controversial until we get to grips with it: Where a player commits an offence within his own penalty area which denies an opponent an obvious goal scoring opportunity and the referee awards a penalty kick, the offending player should be cautioned [with a yellow card] unless: The offence is holding, pulling or pushing OR  The offending player does not attempt to play the ball OR there is no possibility to play the ball OR  The offence is one which is punishable by a red card wherever it occurs on the field of play (e.g. Serious Foul Play, Violent Conduct). In all these circumstances the player should be dismissed from the field of play, meaning in future referees will not only have to assess whether a clear, obvious goal-scoring opportunity was denied by an infringement. Instead, they will have to pay more attention to the type of offence, the intention of the offender and the possibility to play the ball while making the challenge which has denied the obvious goal-scoring opportunity. Handball on the line will still be Red.

Finally the last real change that is an everyday occurrence on a pitch is regarding a “throw-in”, the ball must be thrown with “BOTH” hand, not thrown with one and guided with the other, a skill has been developed over recent times to enhance the throw. There are several other changes and amendments to the wording of the LOTG but in reality are clarification of issues such as the Keeper moving for penalty kicks, opponents in the penalty area when goal kicks are taken, but this is a synopsis of the Law changes are amended by the IFAB which came into effect on June 1st and will be part of the beautiful game for next season.