You are here: Home / Featured / PFAI Referee of the Year

FAI Cup final referee Neil Doyle has been named PFAI Referee of the Year while Adriano Reale took the award for First Division’s top ref at the awards ceremony in Dublin.

Dundrum native Doyle took the reins at his second cup final last Sunday as Dundalk edged out Cork City 2-1 at the Aviva Stadium. 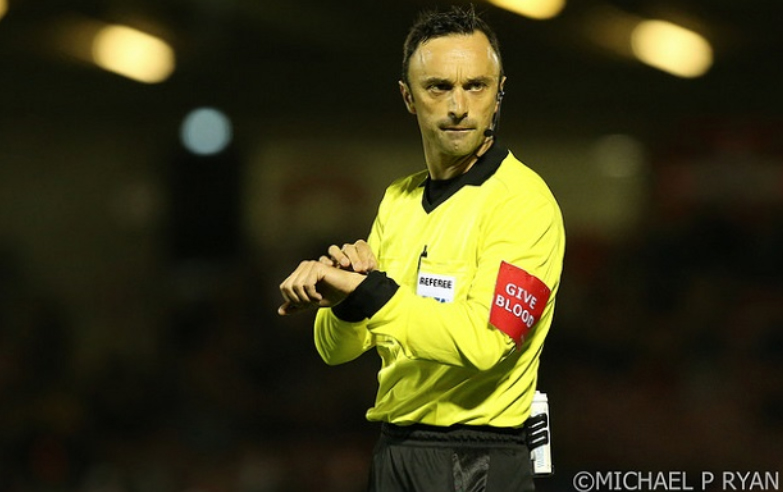 He awarded Karl Sheppard a first-half penalty, and Kieran Sadlier converted, as Cork tied the game up at 1-1.

The 40-year-old schoolteacher had previously taken charge of the 2012 FAI Cup final, in which Derry City overcame St Patrick’s Athletic 3-2 after extra time.

Doyle has been on the national league panel since 2001 and was promoted to the international panel in 2011.

He has gone on to referee World Cup qualifiers in the years since, most recently taking charge of the World Cup 2018 qualifier between Belgium and Gibraltar in August of last year.

IT Consultant Reale began refereeing in 2001 and was selected to attend the FAI School of Excellence in 2009.

The Kildare man joined the Elite Referees Panel in 2011 and debuted in the First Division as an assistant referee that year before taking charge of his first game as referee that September.